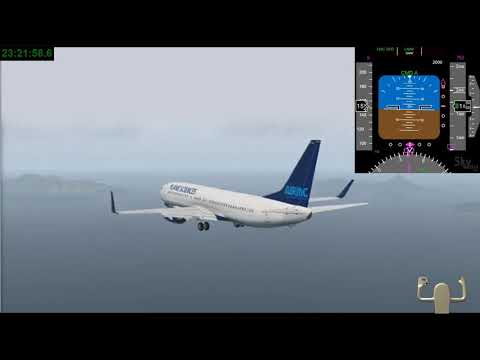 Air Niugini Flight 73 was a scheduled service from Pohnpei, Federated States of Micronesia (FSM) to Port Moresby, Papua New Guinea. On September 28, 2018, the flight, operated by a Boeing 737, landed short of the runway at Chuuk International Airport in Weno (FSM) and came to rest in Chuuk Lagoon. Locals in small boats rescued most passengers and all crew members. One passenger was initially declared missing. He was later found dead by rescue divers. Forty-six people survived but six of them were injured.