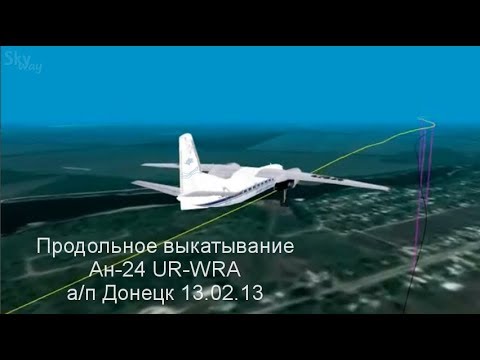 A South Airlines Antonov AN-24, registration UR-WRA performing charter flight YG-8971 from Odessa to Donetsk (Ukraine) with 44 passengers and 8 crew, was on final approach to Donetsk's runway 08 at 18:09L (16:09Z), the crew had not reported any problems and not declared emergency or priority, when the aircraft rolled sharply to the right and impacted the ground off the runway twice, the right hand engine burst into flames, the aircraft spun right and came to a stop on soft ground to the right of runway and parallel taxiway, the occupants were evacuated through holes and cracks, emergency services quickly put out the fire. 47 people survived the accident, 5 people are confirmed dead, 9 people were taken to hospitals, 26 received medical attention.